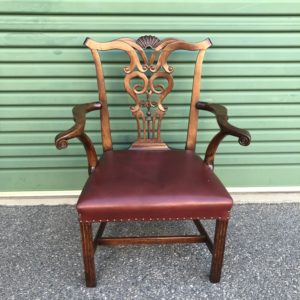 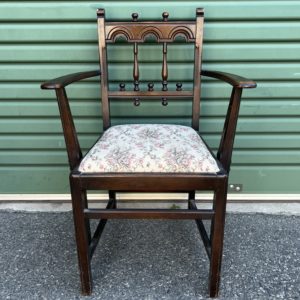 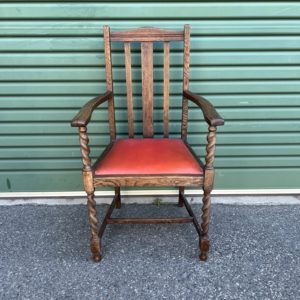 A charming George III Scottish Cuban mahogany armchair.  This armchair dates from the middle of the 18th century and epitomises the Chippendale style, circa 1760 England.  The scrolling shaped and carved splat has a Scottish thistle and carved crest rail.  The shaped arms terminate with out swept scrolls.  Raised on four square legs the rear are swept back and joined by stretcher rails.